Mayor Bill de Blasio today announced he has sent Governor Andrew Cuomo and MTA Chairman Pat Foye a 7-point plan of concrete, actionable recommendations to help the MTA meet increased demand as New York City begins Phase 1 of its reopening process on June 8th. The recommendations are designed to make the subways and buses a safe, reliable, and socially distant option for the New Yorkers who will return to the workplace next month using transit.

“New York City is a mass transit city – it always has been, and always will be,” said Mayor de Blasio. “These ideas will give New Yorkers the confidence that public transit is more than just the fastest way to get around – it’s a vital ally in our ongoing fight against COVID-19. I urge the MTA to implement them right away.”

·Increase Frequency of Service: Increase frequency significantly during peak hours while limiting the increase in ridership to allow for maximum social distancing. Return to regular rush hour service for Phase 1. The MTA should prepare to accommodate at least another 100,000 – 200,000 more riders per day.

·Capacity Limits on Buses/Trains: Limit capacity on buses and trains to allow for social distancing. Skip stops if over capacity.

·Social Distancing Signage/Markers: Clearly mark six feet of distance on platforms, trains and buses. Demarcate specific seats on trains and buses for riders, block off every other seat to maintain social distance.

·Hand Sanitizing Stations: Install hand sanitizer in all stations and buses, including next to MetroCard vending machines and any other high-touch locations.

·Face Coverings: Require face coverings for all individuals using subways, buses and trains. Provide face coverings throughout the system to ensure that all riders have them. The city will initially provide one million FREE face coverings, and the MTA and State should match that commitment.

·Personnel: City will work with MTA to identify personnel to help promote and enforce social distancing.

“Our commitment to distribute personal protective equipment to our frontline employees started at the very beginning of March, and our efforts have not slowed down procuring millions of pieces of PPE to protect the health and safety of our workforce,” said Patrick Warren, MTA Chief Safety Officer. “Our work continues non-stop to supply the brave men and women of the MTA with the equipment they need as they have been the heroes moving heroes of this pandemic.”

The MTA has taken aggressive action to battle the COVID-19 pandemic since it first arrived in New York. To further protect employees, since March 1, the MTA has distributed 33,000 gallons of hand sanitizer, including 121,000 small bottles, 2.6 million individual sanitizing cleaning wipes and 108,000 gallons of cleaning solutions.

As a global leader among transportation agencies the MTA led the way by enforcing its own internal guidelines adopting widespread use of masks for both workers and riders before the Center for Disease Control and Prevention (CDC) reversed course changing its prior recommendation that the general public did not need to wear a mask during the pandemic.

All MTA employees and riders must wear a mask while on public transportation.

Recently, the MTA launched an ultraviolet (UV) light pilot program to kill COVID-19 with the first phase launched on subways, buses, and other New York City Transit facilitates. If successful, the UV pilot will expand to the two commuter railroads.

Other innovative steps to protect the MTA workforce and riders include: the MTA launching the “Temperature Brigade,” taking the temperature of employees at work locations, implementing rear-door boarding on buses, eliminating cash transactions at stations and on commuter rails to prevent person-to-person contact and installing plexiglass shields at more than 250 work locations to protect subway and bus employees.

The Metropolitan Transportation Authority launched its pilot to use powerful ultraviolet lamps to disinfect New York City’s subways and buses.

The agency says it will deploy 150 mobile devices to clean subways, buses, and subway stations as part of the first phase of the pilot. The second phase will focus on MetroNorth and Long Island Rail Road commuter trains. The MTA says it will spend $1 million on the project, according to NY1.

The effort is part of a partnership between the MTA and Columbia University, which theorizes that UV light can be used to kill diseases on the transit system. The MTA is using the devices during its nightly cleaning procedures, for which it took the unprecedented step of shutting down the entire subway system for four hours every evening. 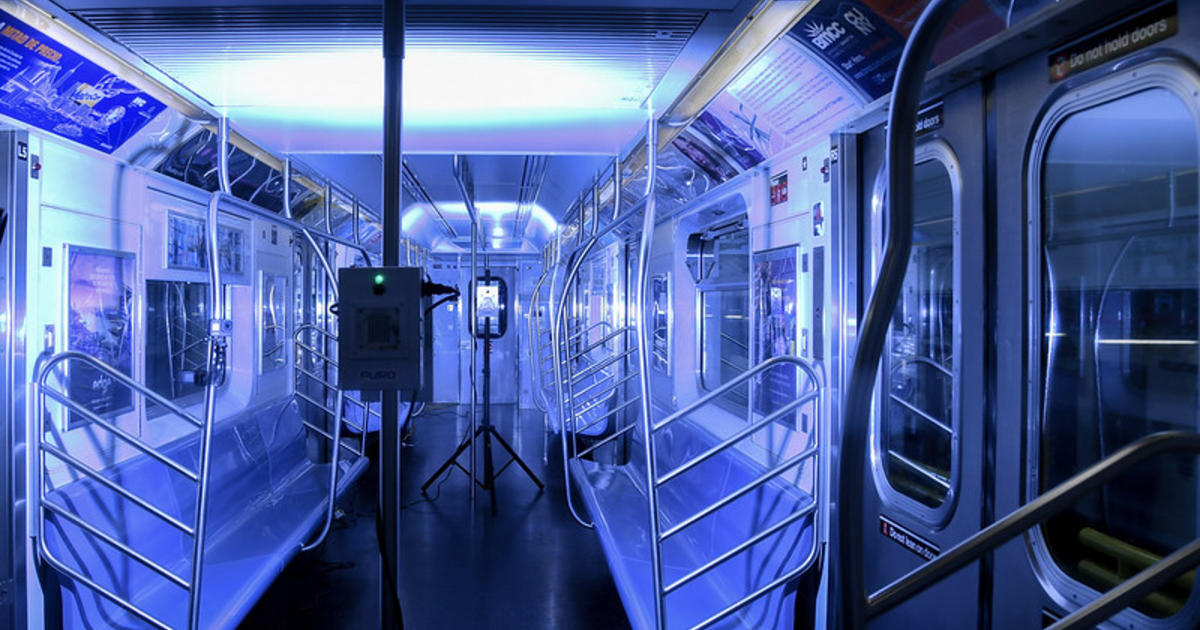 New York City Transit Interim President Sarah Feinberg appeared on ABC News “Pandemic: What You Need to Know” to discuss the future of New York City Transit post-pandemic. She had this to say,  "we've been planning for this reopening since the beginning---so we've been planning for this now for many, many weeks. The first thing that we've been doing is cleaning and disinfecting the system, so we now clean and disinfect the stations twice a day and we clean and disinfect all of the fleet of rail cars multiple times a day. So, we're doing everything we can to make sure that the cars in the stations and the buses that people will be getting on are as clean and safe as possible. We're also doing, taking a lot of other steps, making sure that we've got hand sanitizer on hand at stations. Masks will absolutely be required but we'll also have a few masks on hand for those who for that first day or two forget their mask at home. So we're trying to do everything we can to both make sure that the system is safe and clean as possible and also communicate with our riders about what they can do to keep themselves safe. What we're going to be telling people is you've got to be vigilant about your mask usage and you should put as much distance between you and the next person, you and other passengers, as possible. Obviously, six feet is ideal, if you can't get six feet get three, if you can't get three get one. You know, look, I think it's going to take a while for ridership to really click back to where it used to be at so for a while it'll be easier to get that distance. But the key is going to be to be vigilant about your mask usage."