New York City will use Rank Choice Voting for Primary and Special Elections for the following NYC municipal offices in 2021:

It’s the first time the city will implement ranked-choice voting for municipal primaries and special elections.

WHAT ELECTION OFFICES ARE NOT USING RANKED-CHOICE VOTING?

The following elections are not subject to ranked-choice voting as this applies just to NYC elections at this time:

WHAT IS RANKED CHOICE VOTING?

Voters can rank up to five candidates in order of preference, instead of casting a vote for just one. 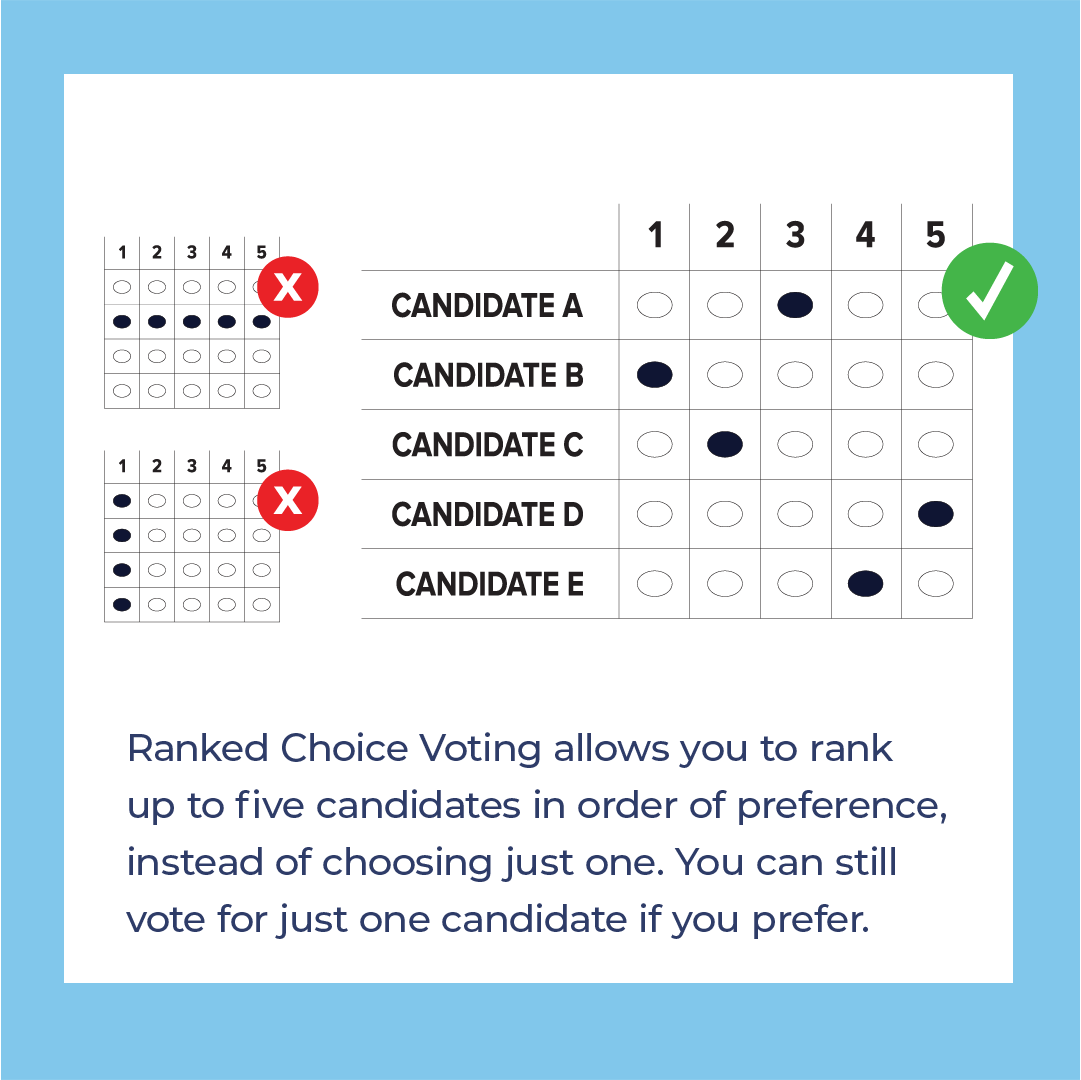 DO I HAVE TO RANK ALL THE CANDIDATES?

No, you can rank up to 5 but you can chose to rank less candidates. You can also only choose one candidate.

HOW DOES IT WORK?

If a candidate gets a majority of votes (at least 50%) they are declared the winner.

If no candidate gets a majority of the vote,

UNDER WHAT CIRCUMSTANCES CAN MY FIRST CHOICE BE ELIMINATED?

If no candidate receives more than 50% of first-choice votes, the last-place candidate is eliminated. If your first choice is eliminated, your next choice will be counted, and so on. The process of elimination continues until there is a winner.

HOW DO I FILL OUT MY BALLOT?

You can rank up to 5 candidates in order of preference.

Rank up to 5 candidates in order of preference. 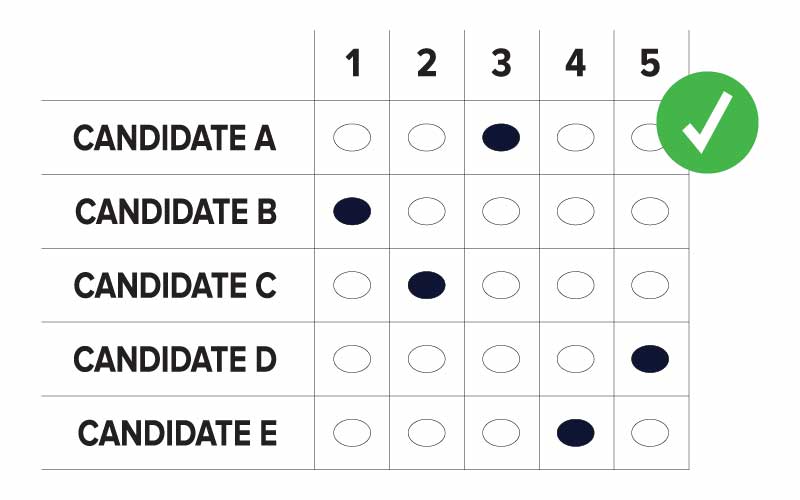 Do not rank a candidate more than once. If you do, only your top ranking for them will count. 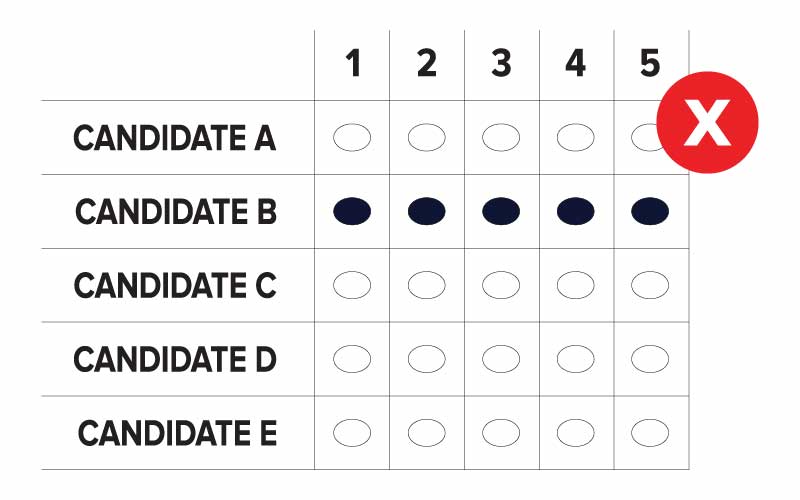 Do not give multiple candidates the same ranking. If you choose more than one candidate as your first choice, your ballot will not be valid. 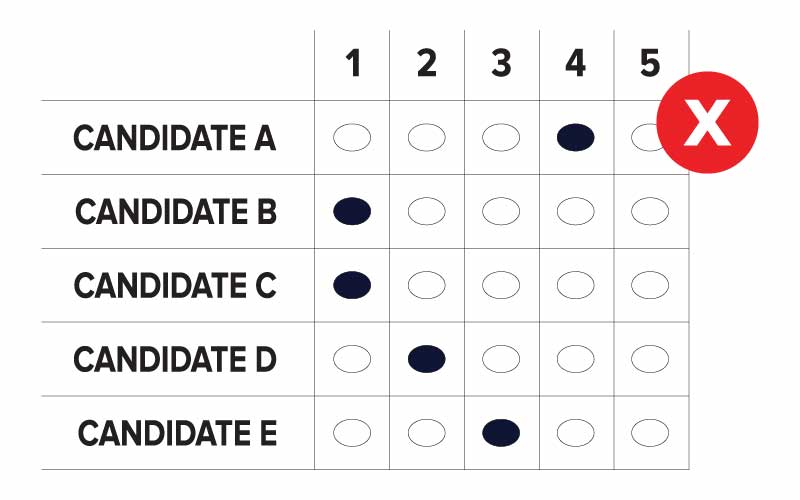 How your ballot will be counted

If a candidate receives more than 50% of first-choice votes, they win the election. 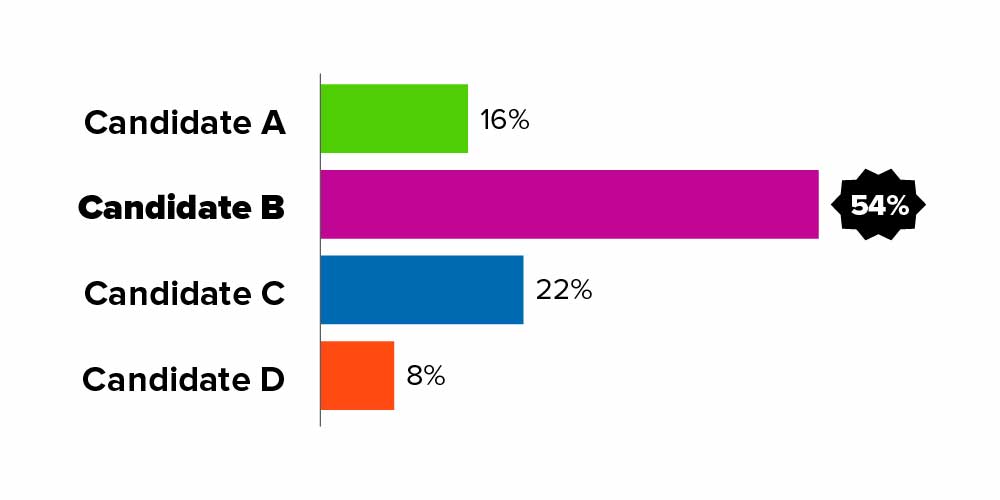 If no candidate earns more than 50% of first-choice votes, then counting will continue in rounds.

This process continues until there are only 2 candidates left. The candidate with the most votes wins!

What are the benefits of Ranked Choice Voting?

Ranked Choice Voting gives you more say in who gets elected. Even if your top choice candidate does not win, you can still help choose who does.

More civility and less negative campaigning. Candidates who are not your top choice still need your support as your 2nd, 3rd, 4th, or 5th choice. This makes them more likely to appeal to a wider audience.

For more information, you can check out NYC Campaign Finance Boards' FAQs

Five Keyboard Shortcuts to Improve Your Workflow in After Effects

Check out our list of 5 essential shortcuts for After Effects that'll almost make you want to ditch your mouse for good.

A Quick Guide to Color Correcting in DaVinci Resolve

How and when we change from one image to another in our video projects is very important to not just the style of our projects but how we move the story forward, what tone we communicate, and how the audience understands the meaning of the work.