Do you ever feel like you could use a road map in order to finish your project? Well, believe it or not, you do have a road map...just look to your script! Embedded in your hard work is a technique that becomes your roadmap: The Three Act Structure.

The Three Act Structure shows us how to keep our audience engaged by giving our story a flow. The structure reminds us that every story must have a beginning, a middle, and an end. The key for us is to follow this structure and fill in the gaps, the gaps being the story that we are creating. Think of it visually like a rollercoaster, we start slow and build up momentum by steadily climbing up and then we reach a peak, we come back down to the end.

When crafting your story during the scriptwriting process remember to break down your story into acts. Every story has a beginning, a middle and an end. So keeping that in mind, our story will be comprised of three acts. Act One is the Setup (Beginning) this where we introduce our characters and their world to the audience. Act Two is the Build (Middle) at this particular point of our film we are getting the audience to keep watching. This is where the main action of the story lives. Last but definitely not least, Act Three is Payoff/Resolution (End). This is where we bring an end to our story whether it is a happy one or a sad one.

Act One is where you set up your story. You don't have to setup everything in Act One but you do need to give us a sense of where everyone and everything in your story is starting from. The point of Act One is just to set up the basics, you can expand on more detail when you bring us into the real action of your story in Act Two.

Establish the setting. Are we in Harlem? Maybe we're on Mars, inside a submarine, in a small town, or just at the bodega across the street. In Act One establish where this story is taking place and orient the audience to that setting.

Then establish your main characters and what they want. Maybe you have a young person looking to make a name for themselves on Broadway, maybe they're an adventuring archaeologist, maybe it's someone new in town, or maybe it's someone's first day on a new job. Whoever your main characters are in Act One give us their essence. What do they do, what do they want, what are they missing in life, what brings them joy, or what brings them sadness are all great things to show in Act One.

The last thing you need to do in Act One is establish the conflict. What is this story going to be about? What is the conflict that is going to drive the story forward? Maybe your main character's broadway dreams are complicated by having to care for a sick relative, maybe they spilled coffee on a stranger on the subway and when they get to their new job they find out that stranger is their new boss, or maybe they need to get one last item for the perfect birthday cake for their child but the store is out of it.

Act One should be relatively short. It typically should be only about one sixth of your script. For a ninety page script for a feature film that's fifteen pages. For a ten minute short film it's just over a page and a half. The purpose of this part of the story is just the basic setup for the story it doesn't need much. There can be a lot more to what you establish in Act One but at its core all you need to do is establish the setting, the main character, and the conflict. You can build on all of this more in Act Two.

Act Two is where all the action happens in the story. Take the character, setting, and conflict you setup in Act One and expand on all of it. The key to a successful Act Two is to be raising the stakes or introducing more complications every chance you get. These don't necessarily have to be epic complications like love or world-ending threats. They can be very simple.

Your whole story can be very simple and personal and yet still filled with complications and conflicts if you approach Act Two the right way. Consider a story in which your main character is trying to make a grilled cheese sandwich at home but they discover they're out of cheese. That's Act One. Act Two is their search for the cheese. Maybe they start by going to the bodega on the corner, but they find it's closed. That's a complication. They decide instead to go to the supermarket three blocks away but on the way there they run into construction and have to reroute to another street. Another complication. That street doesn't go directly to the supermarket and during their long roundabout trip to the market they're mistaken for someone else and lead away from the street. That's further complicating things. They're lead away from the street to a basement poker game and if they don't win there is no way they'll get out of the basement and they can't get the cheese for their grilled cheese without getting out of that basement. You can keep going with that until you reach the resolution of the story. Consider that for Act Two nothing should go according to plan. Everything should get more complicated than it has to be to help carry the story forward.

Typically Act Two is divided into a part one and a part two. Part one and part two are divided by the midpoint of the film, the actual literal middle of the story. This midpoint that divides Act Two usually involves a potential resolution or lack of resolution to the main character's goal. If our main character needed cheese to finish making their sandwich at the midpoint they will reach their goal of getting to where there should be that cheese and they will acquire it or not. If they get the cheese at that point, then you need to ask what happens next and how does that get complicated? Maybe it's not the right kind of cheese or maybe they find themselves no longer motivated to make a grilled cheese. What do they do then? If at the midpoint they don't get the cheese they were seeking what are they going to do? Look for it elsewhere? Look for some kind of replacement? Part two of Act Two is all about where you take us from that midpoint. If the main character gets what they want, or doesn't, what do they do next? And everything they do from that midpoint should be leading us to the climax of the story.

Act Two is typically two thirds of your script. For a ninety page script for a feature film that's sixty pages. For a ten page script that's just under seven pages. Act Two is really the bulk of the story it builds on the setup and leads us to the story's climax and the resolution of the central conflict of the story in Act Three.

In Act Three maybe our sandwich making character gets home with the cheese and starts cooking. We don't even really need to see them eat the sandwich at that point. It's implied. The story is resolved. Maybe they return home without the cheese and instead just give up and make a peanut butter and jelly sandwich.

Regardless of what exactly happens you need to resolve the original conflict but not necessarily the specific goal of the main character. Giving up and making peanut butter and jelly is a perfectly reasonable resolution to the conflict established. Act Three is about looking beyond what the character wants to what the character needs. They wanted cheese to make a grilled cheese sandwich. They needed to eat lunch, because that's part of a healthy diet. Ultimately the resolution of the character's need may not be in line with their want. What's important is that in this third act you provide the audience a resolution to the conflict you introduced in the first act.

The Three Act Structure is your roadmap to a clear and satisfying story. Here is a summary of the basics you should cover:

To learn more about The Three Act Structure and how it works you can visit this great resource provided by Studiobinder. This resources is a must for creatives who are looking for information and resources that can help them get the project done. To learn more about MNN and the Media Education Bootcamps, Professional Courses and Workshops we provide, visit us at: www.mnn.org/learn 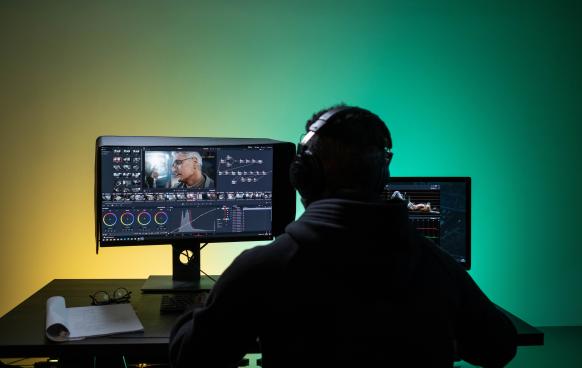 The quality of our audio can significantly affect a viewer's experience of the video. It's understandable how creating quality audio can be neglected when we're focused on the visual. But the quality of our visual work can get lost when the audio isn't handled effectively. 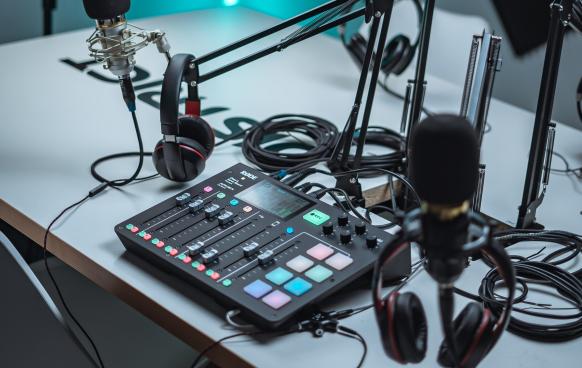 Tips for Setting up Your Rodecaster Pro for Your Podcast

So, you've been thinking about developing your own podcast and you've selected the Rodecaster Pro to be one of the tools you're using to produce it. Like any creative endeavor it's important to remember that the tools help us to hone our vision, but they can't make the podcast sound great on their... 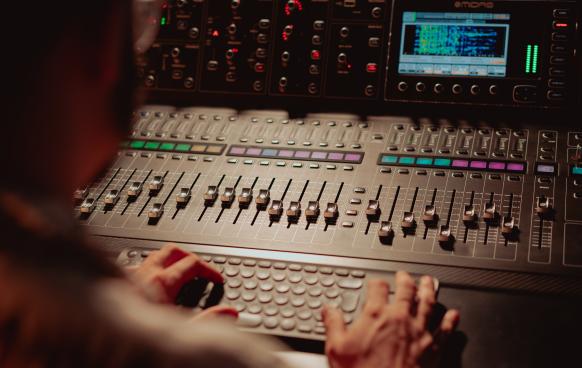 Tips on Getting the Best Out of Your Audio Recording

Check out our expert tips to get better results from your sound recording, whether it's for a brand new podcast or your latest video project.