Host, Dr. Christina Greer, with Matt McDermott and Dr. Lincoln Mitchell discuss the 2020 election including the candidates, issues and the latest news from the campaign trail. They also dive into the current political landscape and interpret the latest national polls.

Christina M. Greer, PhD is an Associate Professor of Political Science and American Studies at Fordham University (Lincoln Center Campus). She was the 2018 Fellow for the McSilver Institute for Poverty Policy and Research at New York University Silver School of Social Work.

Prof. Greer's book Black Ethnics: Race, Immigration, and the Pursuit of the American Dream (Oxford University Press, 2013 ) investigates the increasingly ethnically diverse black populations in the US from Africa and the Caribbean and was the recipient of the WEB du Bois Best Book Award in 2014 given by the National Conference of Black Political Scientists. Professor Greer is currently writing her second manuscript and conducting research on the history of all African Americans who have run for the executive office in the U.S. She recently co-edited Black Politics in Transition, which explores gentrification, suburbanization, and immigration of Blacks in America.

She is a frequent political commentator on several media outlets, primarily MSNBC, WNYC, and NY1, and is often quoted in media outlets such as the NYTimes, Wall Street Journal, and the AP. She is the co-host of the New York centered podcast FAQ-NYC, is the politics editor at thegrio.com, is the producer and host of The Aftermath and The Contender on Ozy.com, is a frequent author and narrator for the TedEd educational series, and also writes a weekly column for The Amsterdam News, one of the oldest black newspapers in the U.S.

Greer received her B. A. from Tufts University and her M.A., M.Phil., and Ph.D. in Political Science from Columbia University.

He is a frequent print and television commentator on these issues, having numerous media appearances including CNN, The Washington Post, The Atlantic, and Vox. 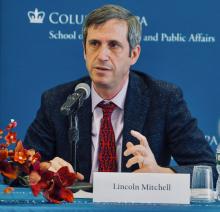 Lincoln Mitchell is a political analyst, pundit and writer based in New York City and San Francisco. Lincoln works on democracy and governance related issues in the former Soviet Union, Eastern Europe, the Caribbean, the Middle East, Africa and Asia. Lincoln writes and speaks about US politics as well, and was the national political correspondent for The New York Observer. Dr. Mitchell is an accomplished scholar and writer about democratic rollback in the US, the political history of San Francisco, US-Georgia relations, political development in the former Soviet Union, the role of democracy promotion in American foreign policy. Lincoln was on the faculty of Columbia University's School of International Affairs from 2006-2013 and retains an affiliation with Columbia's Arnold A. Saltzman Institute of War and Peace Studies and teaches in the political science department. In addition, he worked for years as a political consultant advising and managing domestic political campaigns.

Lincoln has been quoted extensively in most major American, Georgian and Russian newspapers and has appeared on numerous television and radio programs and podcasts including Fox and Friends, All Things Considered, Lou Dobbs, Al Jazeera English, Al Jazeera America, the Jim Lehrer Newshour, ABC Nightline, the Diane Rehm Show, Up and In: The Baseball Prospectus Podcast, the Cespedes Family Barbecast, Sports Byline and The BBC as well as in Russian and Georgian television.  Lincoln also frequently blogs about American politics on several different online platforms. Lincoln earned his BA from UC Santa Cruz and his Ph.D from Columbia University.

On this edition of #TheElectionShow our team discusses the results and aftermath of the 2020 U.S. General Election. When will Americans know who won the 2020 election? 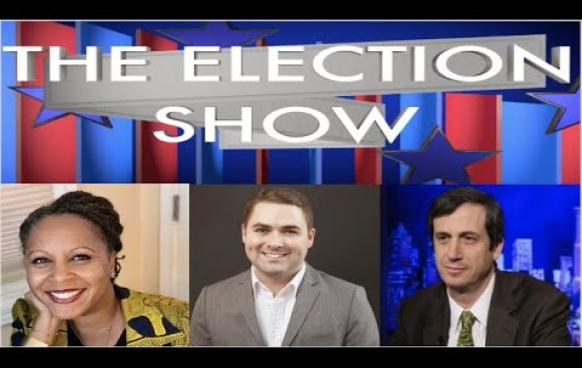 With less than a week prior to the #2020Election Dr. Christina Greer, Matt McDermott and Lincoln Mitchell convene to discuss #early #voting, the #courts, and the uniqueness of this #election due to the #covid19 pandemic. The Election Show streams live on Facebook at 11am on Fridays. Broadcasts on... 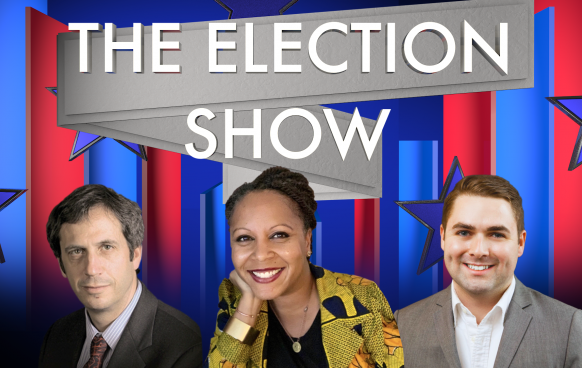 With less than a week prior to the #2020Election Dr. Christina Greer, Matt McDermott and Lincoln Mitchell convene to discuss #early #voting, the #courts, and the uniqueness of this #election due to the #covid19 pandemic. 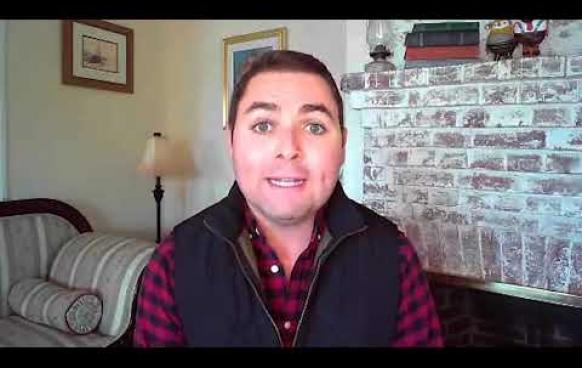 On this episode of #TheElectionShow, host Dr. Christina Greer sits down with political strategist Matt McDermott and political analyst Lincoln Mitchell to analyze the ins, outs, and aftermath of the final debate between President #Trump and Democratic presidential nominee former Vice President Joe #... 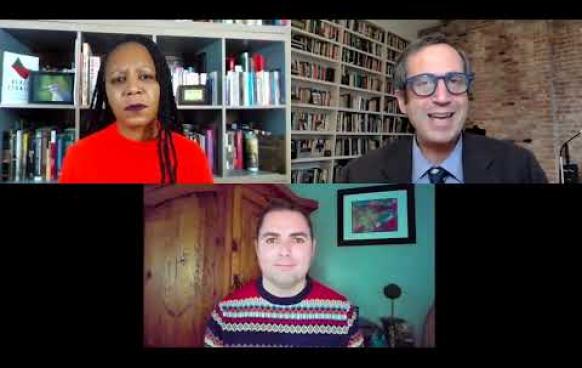 #TheElectionShow with Dr. Christina Greer, Matt McDermott and Lincoln Mitchell. On this episode our team discusses the #presidential #candidates' competing television events and the key takeaways from #Trump and #Biden's dueling town halls. Plus swing state math, the #SCOTUS hearings and the reality...

#TheElectionShow with Dr. Christina Greer, Matt McDermott and Lincoln Mitchell. On this episode our team discusses the #presidential #candidates' competing television events and the key takeaways from #Trump and #Biden's dueling town halls. Plus swing state math, the #SCOTUS hearings and the reality... 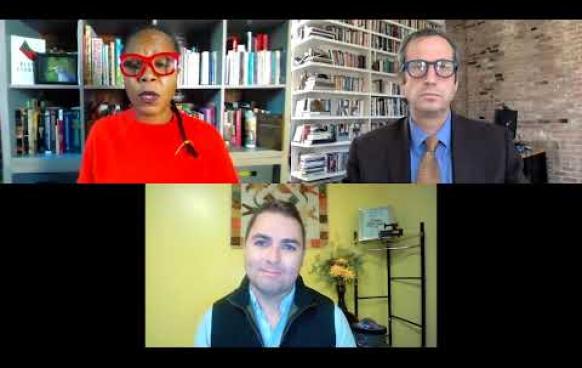 On this episode of #TheElectionShow host Dr. Christina Greer sits down with political analyst Lincoln Mitchell and political strategist Matt McDermott to discuss #Trump's erratic behavior, the spread of the #COVID19, and lies from the #WhiteHouse. 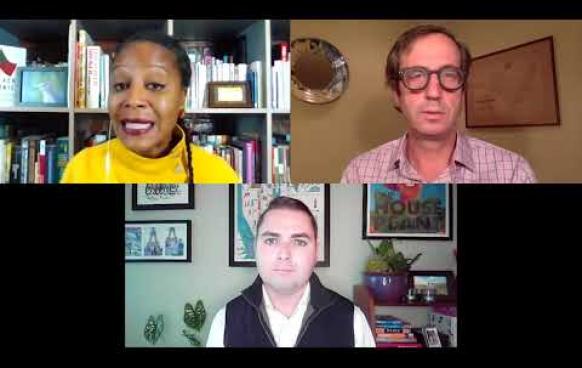 On this episode of The Election Show our team discusses the fallout from the first Presidential #debate, the NY Times investigation into Trump's #taxes, and the big news that the President and First Lady tested positive for #COVID19. 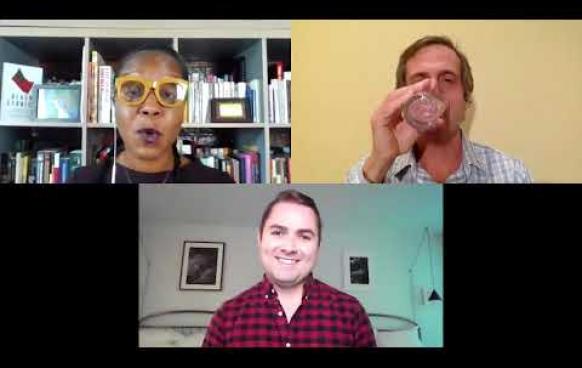 The Election Show on MNN: Episode 17

On this week's edition of #TheElectionShowOnMNN, host Dr. Christina Greer sits down with political analyst Lincoln Mitchell and political strategist Matt McDermott to discuss Ruth Bader Ginsburg, #covid19, #inequities in America, and the importance of having your voice heard in the #election.

A Quick Guide to Color Correcting in DaVinci Resolve 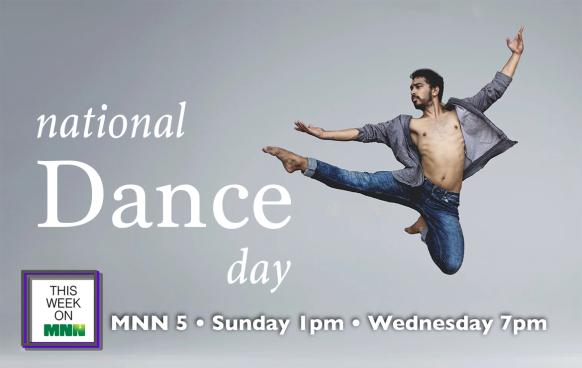 How and when we change from one image to another in our video projects is very important to not just the style of our projects but how we move the story forward, what tone we communicate, and how the audience understands the meaning of the work. 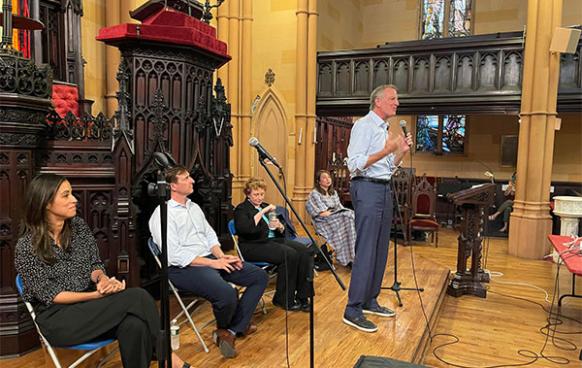 Nine Democratic candidates running in the race to represent New York's newly created 10th congressional district made the case for their candidacy.