New York Taxes Shoes and Soda. Why Not Stocks?

A stock transfer tax could bring in billions in new revenue. Wall Street threatens to pick up and leave—but tax experts say it's probably bluffing.

As the pandemic roiled stock markets in the spring, New York’s tax authority recorded surging revenue from an obscure tax on Wall Street stock trading. From April to June of this year, according to state tax department data, it collected $2.9 billion.

But the money never made it to state coffers: New York does not actually keep the tax revenue. Instead, since 1981, it has rebated the money to investors, meaning that, in practice, the stock transfer tax is little more than an administrative hurdle for brokers’ legal teams.

A proposal to start collecting the dormant tax has seen growing support in the state Legislature, following a staggering pandemic-spurred drop in tax revenue and state funding cuts to localities, which could deepen without an infusion of funds. The bill, which is one plank in a campaign led by progressive labor groups and activists, would end the rebate, allowing tax

Opponents of the legislation center their argument on the threat of capital flight. If New York imposed the tax, they say, firms would move their residency or trading activities to another state to escape it.

“In the digital age it would be even easier for transactions to simply be moved out of state to avoid the tax,” Freeman Klopott, Cuomo’s budget spokesperson, said in a statement to New York Focus.

The reasoning echoes a recent memo circulated by lobbyists for the Securities Industry and Financial Markets Association (SIFMA), obtained by New York Focus, which argues that the tax would place heavy operational burdens on brokerage firms. “To avoid these additional costs, trading activity will naturally migrate to areas outside New York,” the memo reads.

But tax experts say that most frequently threatened avoidance strategies are unlikely to succeed.

Traders would struggle to evade the tax, even if they moved out of state, those experts say. The New York Stock Exchange is unlikely to pack up and leave, since it doesn’t pay the tax itself but passes it on to investors.

And investors are unlikely to stop trading on the exchange anytime soon, economists say, since New York’s trading hub far outstrips its closest rivals in high liquidity and low transactions costs—and would even after reinstituting a small tax on stock sales.

In order to impose a tax, the state needs “nexus”: it needs to show that the transaction occurred within New York’s jurisdiction.

But when most trading is electronic, what does nexus mean, anyway? The financial services industry is heavily concentrated in New York, but many operations—especially data storage and communication technologies—are housed in New Jersey and Illinois. Both of those states are currently seeing fierce pushback against similar efforts to impose a financial transaction tax.

Lawmakers seeking to tax finance say lobbyists’ arguments can seem like a game of whack-a-mole. Depending on which state is attempting to impose a tax, the securities industry may contend that what really confers tax jurisdiction is the location of trading firms, the location of exchanges, or the location of data centers. Failing those arguments, lobbyists argue that the industry is largely conducted beyond state borders, in the global financial cloud.

The stock transfer tax currently in place—the one that is immediately rebated—is levied on nearly all stock sales that occur “within New York State.” On paper, it imposes a tax of 1.25 cents on a sale of stock worth $5 or less a share, rising with the price of shares.

Under the bill to begin collecting that tax again, a transaction would be subject to the tax “if any activity in furtherance of the transaction occurs within the state or if a party involved in the transaction satisfies a nexus with New York state which shall be defined as broadly as is permitted under the United States Constitution.”

The United States has not seen a new financial transactions tax imposed in decades, meaning there is a lack of litigation on the issue—so it’s not clear which way courts would rule, if the STT were implemented and challenged. Even so, legal experts think a recent Supreme Court ruling means investors lack attractive options that put them beyond the long arm of New York’s tax authority.

What if trading firms moved out of state?

If a firm moved to New Jersey but continued trading on the New York Stock Exchange, New York would likely still have substantial enough connection to impose a tax, attorneys familiar with state residency requirements say.

Before the rise of online commerce, state tax authorities imposed sales tax on businesses with a brick-and-mortar presence in that state. In the 2018 decision South Dakota v. Wayfair, the Supreme Court relaxed the older “physical presence” requirement, noting that states are “confronting the complexities of defining physical presence in the Cyber Age.” Explaining that out-of-state tax exemptions had become “a judicially created tax shelter,” the Court expanded states’ ability to impose taxes remotely.

Timothy Noonan, a partner at Hodgson Russ LLC who specializes in litigation on tax residency in New York City and State, said Wayfair appears to give New York broad authority to tax trades that are requested in other parts of the country.

An investment firm seeking to avoid the tax might try to argue that it is unconstitutional for New York to tax an out-of-state firm, Noonan said. But the case would be hard to make.

Darien Shanske, a tax professor at UC Davis Law School, told New York Focus that firms would probably not be able to escape the tax by leaving the state.

Furthermore, Shanske said, New York’s tax department “is notorious for being persnickety.” The Department of Taxation and Finance has aggressively brought cases seeking to tax financiers who work from second homes in Connecticut or Vermont—and won them.

“The idea that the New York revenue authority is just going to be like, ‘Yeah, you moved to New Jersey, I guess we can’t tax you anymore’—that’s just not how it’s gonna go,” Shanske said.

Alternatively, an investor seeking to avoid the stock transfer tax might point out that trading is conducted through the New York Stock Exchange’s out-of-state servers.

What if the New York Stock Exchange left altogether?

What if the entire New York Stock Exchange relocated? (Many—though not all—of the equity purchases under the stock transfer tax are conducted on the NYSE.)

If the New York Stock Exchange moved to another state, Shanske said, this could pose a more serious threat to transfer tax collections, making it harder for the revenue authority to argue that NYSE’s stock trades remained within their tax nexus. Still, it would be a matter of degree.

“How much of the New York Stock Exchange has to move, or shift its business, before the connection is too slight? I’m not sure,” Shanske said. “It’s something of an unknown.”

Historians cast doubt on the suggestion that the Exchange would pick up and move, pointing out that the NYSE threatened to move to New Jersey immediately after New York initially adopted the tax in 1905, but never followed through.

James Parrott, a tax policy expert and economist at The New School, said the battle is more a matter of political negotiation than about the marginal costs of algorithm-driven trading. If the stock tax is enacted without the acquiescence of industry, he said, brokers might retaliate.

“Whatever the relocation costs are involved in moving the New York Stock Exchange and NASDAQ and all of the trading floors out of New York,” Parrott said, firms might be prepared to pay “whatever it takes to evade this.”

To avoid this scenario, Parrott said, stock tax proponents should focus on building public pressure—so that a major undertaking like moving the stock exchange during a lopsided recession, to avoid a tax, would look too politically risky.

Far from worrying that the stock tax would push firms to flee to other states, proponents tout the tax as a convenient way to capture new out-of-state revenue. Advocates contrast the STT’s potential to raise revenue from trades in New York and beyond with Cuomo’s escalating pleas for federal funding to replace lost tax revenue, which have so far failed to draw concessions from a gridlocked Congress.

“There’s clearly some level of stock transfer tax that is sufficiently low that nobody’s going to change their business structure to avoid it,” Shanske said. “And the rate on this tax is pretty low.”

Although debates have centered on the risk of tax flight, there are other considerations for and against reviving the tax. Opponents say it will cause job losses in the securities industry—which could have ripple effects—and that it will increase stock volatility. Proponents say it will reduce dangerous high-frequency trading by the same firms that have seen record profits amid coronavirus-driven market pandemonium. Still others say that it should be expanded beyond stocks to a broader tax on all financial transactions.

#STT in the Past

The stock transfer tax’s putative strength is its political feasibility: it is already on the books. Since the collection infrastructure is already in place, it has been popular among legislators looking for relatively painless ways to raise revenue without authorizing brand-new taxes. And unlike some other revenue-raising proposals being debated, it could immediately help fill state coffers devastated by the pandemic’s impact on existing taxes.

And even Michael Bloomberg, who shot down a proposal to reinstate New York’s STT as mayor, supported a federal equivalent during his 2020 presidential bid.

New York City Mayor Ed Koch supported reinstating the STT as part of an aid package to the city and the Metropolitan Transportation Authority, as the city struggled to close a $1.3 billion budget gap in 1982. Koch’s deputy mayor for finance, Kenneth Lipper—a Wall Street insider recruited from Salomon Brothers bank—reportedly opened discussions with brokerage houses about reinstating the tax.

Yet the proposal to reinstate New York’s stock transfer tax has been stuck in the same news cycle for two decades: it is perpetually an idea whose time has finally come.

This past summer, as ebullient markets seemed to come unstuck from an underlying economy wracked by the COVID-19 recession, the business press once again reported that lawmakers were considering resurrecting the dormant tax. It’s a familiar pattern: proposals to bring back the STT have routinely surfaced during periods of fiscal strain, and then fizzled.

“You’ll hear about the pied-à-terre tax, scaffolding tax,” Assemblymember Steck said. “You’re not going to get anywhere near those numbers.” Meanwhile, he adds, “the governor is an obstacle, because the governor is stuck in 1980.”

“We have this budget hole to plug, and the governor and the [Assembly] speaker [Carl Heastie] want to wait and see if Joe Biden becomes president,” Steck said. “If that happens, they may decide to go with some of the lesser revenue-raisers.”

But eyeing the upcoming legislative session in 2021, Steck is optimistic. With New York facing the most staggering fiscal hole since the 1970s, he said, “there might be no alternative.”

A truncated portion of this story was re-published with permission from Gotham Gazette and New York Focus, an investigative news publication covering New York state and city politics, check them out here!. 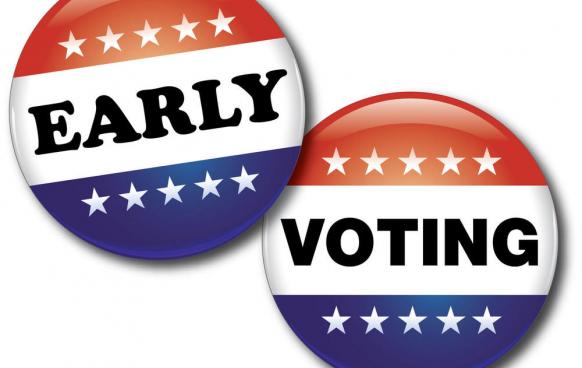 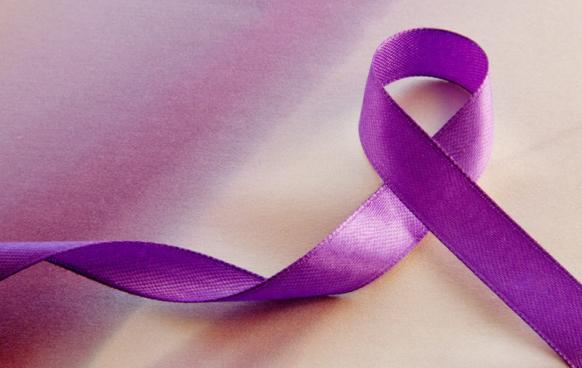