With the city facing a severe budget crunch because of the coronavirus pandemic, Mayor Bill de Blasio’s executive budget proposal released last month cut $6 billion in planned spending, tapped $4 billion from reserves and delayed major capital investments to future years when another mayor will be in office.

Last week,  about eight weeks before a deal must be reached between the two sides, the City Council held a virtual hearing on the mayor’s spending plan. Council members questioned de Blasio administration budget officials on the mayor’s decisions, why he chose to prioritize certain city agencies and programs over others, and whether they have any contingencies now that the city’s reserves have been all but depleted and tax revenue projections continue to slide.

The mayor’s $89.3 billion executive budget proposal was crafted with much uncertainty. The city has received far less than it has asked for in federal stimulus funds. The state shifted as much as $800 million in costs onto the city. Cash flows have been interrupted as the annual tax deadline was postponed. It could be months before the economy can be rebooted, with no certainty around what that reboot will look like given the contraction taking place. And the city continues its daily struggle against the coronavirus, with the administration spending $950 million by April 21 on its pandemic response, according to the mayor's office, with those costs only increasing by the day.

Projections for the future also look bleak. By city budget office projections, the city will lose as much as $7.4 billion in revenue by the end of the next fiscal year in June 2021. It is now facing budget gaps of $4.5 billion to $5 billion in three upcoming fiscal years. To balance the budget, de Blasio decided to identify $2.1 billion in savings through a program to eliminate the gap (PEG), which mandated cuts at city agencies, and found another $600 million in reduced spending on citywide needs. Federal aid worth $2 billion provided some relief but de Blasio has said the city needs the full $7.4 billion it isn't pulling in from taxes in order to avoid the worst possible scenario, which would involve layoffs and furloughs for municipal workers.

“Every one of us has to start looking at that possibility if we don't have any money,” he said at his daily coronavirus briefing on last week Wednesday, pressed for more detail after he had floated the possibility of furloughs and layoffs of essential workers during a Wednesday morning appearance on CNN, in an apparent effort to lobby federal officials. “We have a budget coming up in June. I'm not here to project anything while we're in the middle of fighting for the stimulus funding, because that's what would get us out of this mess, and that's what New York City deserves. That's what every city and state that's suffering deserves, is stimulus funding that makes us whole, that replaces all the lost revenue, that allows us to retain our full workforce, ensure that public services are being provided, basic services so we can get on with a restart and recovery.”

The Council itself has not offered a unified vision for either raising more revenue or avoiding budget cuts. In a statement last month, after the executive budget was released, Johnson, along with finance committee chair Council Member Daniel Dromm and capital budget subcommittee chair Council Member Vanessa Gibson conceded that tough decisions will have to be made. “Our guiding principal will be to ensure that the most vulnerable New Yorkers are protected and that we keep providing critical social services,” they said.

At the hearing, Dromm emphasized that the executive budget lacks a clear plan to protect the city’s social safety net. “We must also ensure that cuts are targeted without depriving the most vulnerable New Yorkers of vital services. The financial plan proposes many types that would be extremely painful to endure,” he said, citing cuts to the Department of Youth and Community Development, and the Departments of Education, Sanitation, and Parks and Recreation. “We must find a way to preserve the critical investments championed by the Council to promote access to food, protect older adults, align shelter and housing conditions with recommended health policies for coronavirus, stabilize the small business community, and support human service providers,” he said.

As chair of the subcommittee on the capital budget, Gibson said the city should not take its eye off long-term projects. She noted, for instance, that the latest capital commitment plan, which lays out four years of capital spending, includes a $513 million reduction in spending on affordable housing programs and delays $472 million for the borough-based jails plan, which is necessary for the closure of Rikers Island jails, to later years. “Now more than ever before, is the time for the City Council and the administration to work together to ensure that the path to rebuilding our city remains a priority,” she said.

The Council did not treat the administration with a light touch at the hearing. Council members seemed mostly frustrated with the mayor’s budget proposal. Some questioned why summer youth programs had been practically eliminated, while the NYPD’s budget remains nearly flat. Others advocated for greater aid for populations particularly vulnerable during this outbreak – seniors whose health is at risk, undocumented immigrants who have lost their livelihoods and cannot access government benefits, renters who could face eviction once a state-imposed moratorium on housing court proceedings is lifted. Others pushed for cuts to signature de Blasio programs like ThriveNYC, the oft-maligned mental health initiative led by First Lady Chirlane McCray that has struggled to show effectiveness and spends over $200 million per year.

Council members also argued for more capital spending, not less, so that the city can continue pursuing its long-term goals for more affordable housing, new schools, and to close Rikers jails.

Melanie Hartzog, director of the Mayor’s Office of Management and Budget, was blunt at the hearing about the city’s prospects in the months ahead. By the end of September, the city will lose more than half a million jobs, she said. By the end of 2020, she projected that the city will have spent $3.5 billion just to fight the pandemic.

Hartzog also expressed concern that the city could see further budget cuts if the state adjusts its own budget in the upcoming months to respond to lost revenue. Governor Andrew Cuomo has indicated that the state will have to make drastic cuts, including $8 billion less to localities, which would likely affect education and Medicaid spending. “New York City stands to lose an alarming level of funding needed to educate our children and care for at-risk residents,” Hartzog said. Like the city, the state continues to call for billions in federal “bailout” funding to replace lost tax revenue and sustain government spending and services.

Speaker Johnson was disappointed that the mayor’s budget plan doesn’t include more funding to maintain the social safety net, with no major programmatic increases in the budget for the Human Resources Administration and Department of Social Services. “Why doesn't the fiscal 2021 budget reflect the growing demands for food pantries, for senior home-delivered meals for homeless shelters, for isolation hotels, for street homeless New Yorkers, for eviction prevention, etc.?”

Hartzog said the city has already allocated $170 million to emergency food security programs as the administration ramps up the goal of providing a million free meals to New Yorkers each day. But she also insisted that costs are in flux for all types of needs and will be adjusted over time. “Yes, it doesn't reflect it at this moment, but as we assess the needs, and they are growing, we will be adding that funding,” she said.

The same was the case for funding for the direct response to the coronavirus. As Johnson pointed out, the executive budget does not include allocations for disease detectives and contact tracers, increased public health services, or hotels to isolate people who contract the virus.

“The pandemic is very dynamic and challenging for us to project and as things are moving on the ground, we're just reacting and moving as quickly as we can on the budget side,” Hartzog said. “But again, it does not prohibit the spending that needs to happen to ramp up.” She noted that as COVID-19 testing increases across the city, so will spending on isolation beds, with $250 million expected for spending on hotels. The mayor also announced the hiring of 1,000 contact tracers at a cost of $100 million, of which between 300 and 400 are already in the pipeline, she said.

A major point of contention for several Council members was the cuts to summer youth programs. Both the Summer Youth Employment Program for more than 70,000 youth and the COMPASS, Beacon, and SoNYC afterschool programs were eliminated in the mayor’s latest budget plan. Council members juxtaposed it with relatively minimal changes in spending on the NYPD at a time when crime is mostly very low and people are sheltered at home. The contrast has been particularly jarring in the context of several videos showing NYPD officers violently arresting young New Yorkers of color while enforcing social distancing regulations. The NYPD has also been directed to remove homeless individuals from the city’s subways. Both roles, many Council members said, should not fall to the police.

“We had one in six police officers out sick, whether they were sick, COVID-positive, and we had a time where we were actually ramping up on social distancing and needed enforcement. And so from that perspective, making reductions was not something that made sense to us,” Hartzog told Dromm.

But her explanation was not sufficient for Council members. “The challenge that I see is the administration's response seems to be that we're going to utilize the NYPD to police our young people,” said Council Member Laurie Cumbo. “What we're going to see again is what happened with the Eric Garner situation where this is going to create a dynamic where young people are going to be arrested, brutalized throughout the summer, and communities of color are going to have to organize and galvanize and focus all of their energies around the NYPD, when in reality, they should be focusing on stimulus money, getting their businesses back up to speed. This is going to be devastating.”

Council Member Adrienne Adams echoed Cumbo. “I don't understand a formula that would create such a disparity between youth services and the NYPD,” Adams said.

The Council will continue hearings on specific agency budgets over the next few weeks before it moves to closed negotiations with the administration. The budget for the next fiscal year is due by July 1.

Reprinted by permission from Gotham Gazette 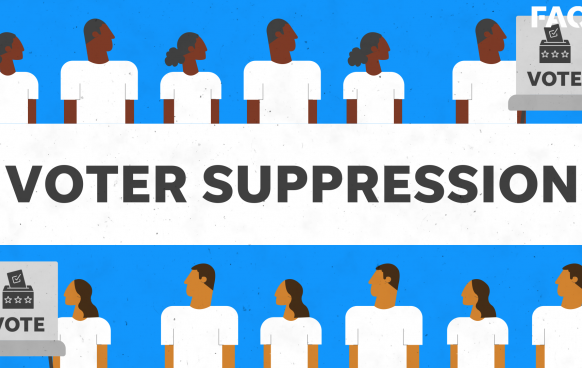 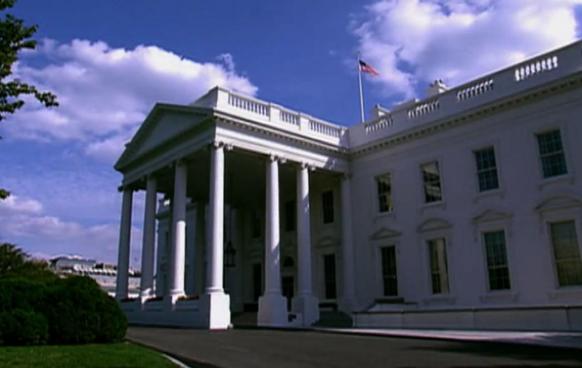 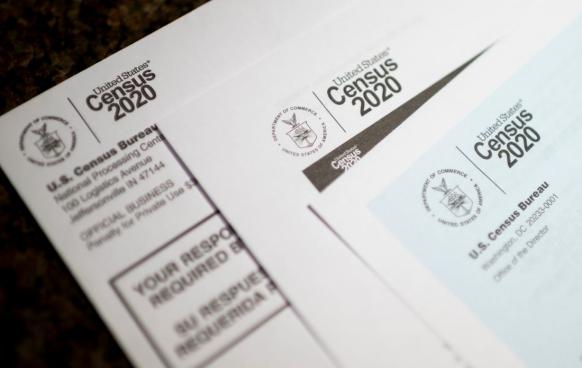