This year state officials will begin the once-a-decade process of redrawing congressional and state legislative district lines under a new system approved by voters back in 2014.

After delays in appointing members and allocating funding, the commission has a lofty task: carving out the proposed units of state and federal representation New Yorkers may know for the next decade.

The state and federal constitution and the Voting Rights Act prevent commissioners and lawmakers from drawing any lines they wish. Districts must be compact, contiguous, and have roughly the same number of residents "as practicable." They cannot be drawn to "discourage competition" or favor incumbents, among other limitations, according to the commission's website -- though this has not stopped rampant gerrymandering in the past. The Voting Rights Act prohibits redistricting that limits the participation of racial groups and other protected classes.

The commission's task is complicated by a potential amendment to the state constitution that, if passed by voters in November, will change some of the redistricting rules and methodology.

The body is now at work, last week announcing eight of nine public hearings as part of an initial virtual "listening tour" to gather public testimony on the dynamics of communities across the state. The hearings are organized by region and commissioners are urging all residents to participate regardless of citizenship. The first hearing is Tuesday (July 20) for Nassau and Suffolk counties.

"Communities do not have to be geographic cities or towns. If your community centers around a local house of worship...that is worth telling the commission," said chair David Imamura, a Democratic district leader from the Village of Irvington, at a virtual press conference last week. "Anything that makes your community special or ties it together is information we want to know when we draw district lines."

New York has some notoriously gerrymandered state legislative districts like Senate District 22, which looks like a jigsaw puzzle piece spanning southern Brooklyn from east to west.

The commission, known officially as the New York Independent Redistricting Commission, has its work cut out for it. Born during the pandemic, it faced delays in confirming members and receiving state funding. A $1 million allocation in last year's state budget never materialized and commission staff worked on a voluntary basis for months, according to Imamura. State lawmakers allocated $4 million to redistricting in the current budget, passed in early April, and the body launched a website last week.

The commission's demographers must still rely on data from the U.S. Census Bureau, which has been postponed because of pandemic-related changes to enumeration deadlines in 2020 and other factors. Originally expected in March, commission staff will not receive block-level population data until August 16.

A month later, on September 15, the commission will publish a preliminary set of district maps and hold another round of public hearings to solicit feedback. Unlike the virtual hearings held this summer, the hearings after preliminary maps are released are statutorily required.

Final proposed maps will go to the Legislature for enactment by the January 1 start of the legislative session. But the Legislature still has the power to send the maps back if it doesn't approve them and after the second time can amend them as lawmakers please (within the statutory restrictions). The maps will ultimately go to the governor's desk, though the Democratic conferences in both the Senate and Assembly have enough members to override a veto.

Good government groups were divided on redistricting reform in 2014. For proponents, the commission was an added layer of insulation from the ruling parties in the Legislature and, with its public hearings, could help increase transparency and reduce gerrymandering.

But critics have said that layer is too porous. The commission has a distinctly bi-partisan character given eight of its ten members are appointed by legislative leaders, two from each majority and minority leader in both chambers, with the final two selected by the other commissioners. The state constitution also requires the commission’s co-executive directors be enrolled one each in the two major political parties.

And legislators still have their veto power and the ability to draw their own lines. (In the last redistricting, with parties splitting control of the two legislative chambers, Democrats kept a dominant hold on the Assembly and Republicans were able to craft Senate lines to help them keep a slim majority there, at least temporarily.)

"They're just appointed by the legislative leaders...and they talk about [their work] in terms of looking at it from the perspective of the appointing authority," said Blair Horner, executive director of the New York Public Interest Research Group (NYPIRG), in a recent interview. "A judge looked at this when it was on the ballot [in 2014] and said you can't use the word ‘independent’ because it's not."

Because Democrats hold majorities in both the Senate and Assembly, the state constitution requires district maps be approved with a two-thirds majority in both chambers. But given their supermajorities in both houses, Democratic legislators will still have ultimate say and could even potentially override a veto from Democratic Governor Andrew Cuomo (who has been known to favor a split Legislature in the past).

An amendment before voters this November could add more specificity to some of the criteria, as well as changing deadlines and voting requirements. It too has divided good government groups.

The amendment, first introduced in 2020, would permanently set the number of State Senators at 63 (there are 150 seats in the Assembly). It would explicitly require incarcerated people to be counted in the district they last resided in, not where they are incarcerated, and for residents to be counted regardless of immigration status.

The amendment also advances some of the deadlines for submitting and voting on maps and changes some of the voting thresholds required to pass the new boundaries. Among the changes are a requirement that maps may be passed with 60% of the vote in both legislative chambers and eliminates the requirement that the executive directors be registered party-members.

The League of Women Voters of New York State and Citizens Union, two good government groups that supported the 2014 referendum, oppose the new amendment, in part for lowering the vote threshold. "It disincentivizes the commissioners who have been nominated by the different parties to work together. Why am I going to work together if I know that my party people are not really going to have a say at the end of the day in this process," said Jennifer Wilson, the League’s deputy director, referring to the smaller legislative majority needed to approve maps and the diminished need for bipartisan support.

Other groups like NYPIRG and Common Cause New York, who opposed the 2014 amendment, view the new proposed change as an improvement on the system. "It clarifies and simplifies redistricting in New York and provides a uniform set of voting rules for the commission no matter who is in political power: an important objective for any government entity," said Susan Lerner, executive director of Common Cause in a statement last July.

Experts say the vote threshold change will not have a big impact on the current process, given Democrats' veto-proof majority in the Senate and Assembly, but may be consequential in subsequent decades. 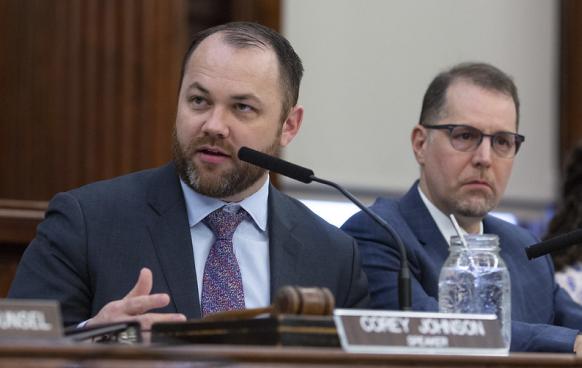 The mayor announced on Monday an upcoming mandate for all city workers to be vaccinated or subject to weekly covid testing, while encouraging private sector actors to institute their own mandates. 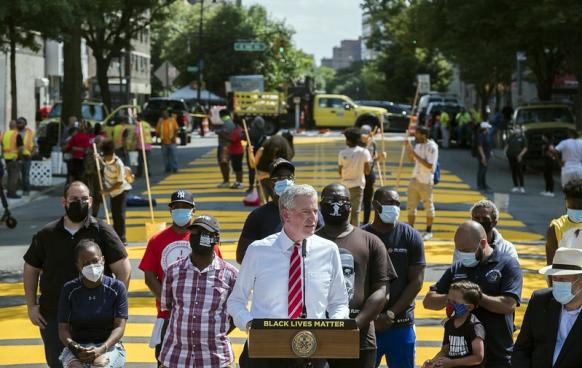 Mayor Bill de Blasio’s racial justice commission, which he officially created in March to confront and eliminate structural and institutional racism in the city and doubles as a New York City Charter revision commission, will release proposals for the 2022 general election ballot at the end of this... 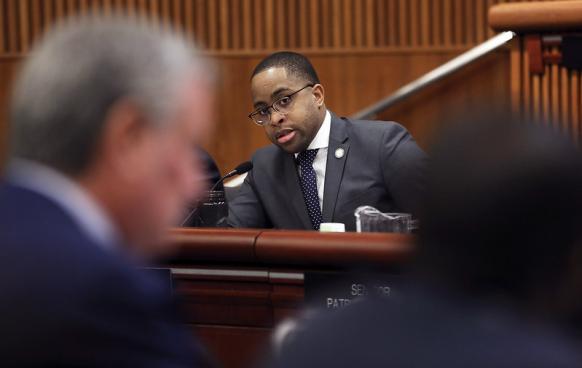 The New York State Senate election committee is holding four hearings "in every corner of the state" to give a platform to voters ahead of the traditional post-election oversight hearing where lawmakers interrogate election administrators and experts about how the process went.