New York City Mayoral primary race is less than a year away!

It’s the day after election day, and all eyes on the 2020 party primaries in New York, though the results won’t be clear for at least one week. But one year from now, New Yorkers will cast their ballots in another primary election, one that will likely determine the slate of leadership of New York City for the next four years, including the next mayor. With Mayor Bill de Blasio term-limited, the stage is set for a fierce competition, which may not really take off until just after this year’s presidential election but has already begun.

With the economy in shambles and the streets echoing with the exasperated cries of a city disillusioned with current leadership, political analysts say New Yorkers will look for a steady hand to guide them through the city’s many crises, whether it’s the lingering effects of the COVID-19 pandemic, structural and systemic racism, economic devastation, entrenched homelessness, crumbling public housing and MTA and that's the short list.

Observers admit that there are no easy predictions to be made about the 2021 mayoral race, particularly at this early stage while the city is still trying to overcome what has proved to be the greatest public emergency in its modern history. Candidates, some of whom have spent years preparing to run to become the city’s chief executive, are eyeing the future of the campaign while continuing to make their aspirations clear to voters. Now with just under a year to the primary, fundraising urgency will pick up, as will the need to hold house parties where candidates interact with small groups of voters, even if they must be virtual for the time being.

There are so far six Democratic candidates who have declared or are actively exploring runs for mayor:

There are several other individuals either rumored to be considering a run or being pressed to do so including:

With Democrats holding a 7-to-1 voter enrollment advantage over Republicans, it seems all but assured that the winner of the Democratic primary will win the November general election, but nothing in politics is ever guaranteed.

On the Republican side, there has been little movement so far. Billionaire supermarket magnate John Catsimatidis has raised speculation that he may run, announcing he is formally exploring another campaign. He ran unsuccessfully in the Republican primary in 2013, losing to Joe Lhota, and was reportedly considering doing so again in 2017 but chose not to jump into the race. Perhaps the best-known Republican in city government, Staten Island Borough President James Oddo, has ruled out a run. There are few other Republicans who hold elected office in the city, though Queens City Council Member Eric Ulrich also toyed with a 2017 campaign but decided not to run.

What remains to be seen is how the political winds will blow. Will today’s anger on the streets carry through to poll sites next year? Will voters choose experienced leadership from those who have long served in elected office or will they look outside for fresh faces and perspectives? Are they more focused on the city’s economic recovery or will social justice be the driving force behind their votes? What specific issues will emerge as paramount? Which policy proposals will gain the most momentum? What impact will labor unions have?

What role might “identity politics” play -- will voters choose an openly gay white man (Johnson) or an openly gay white woman (Sutton) or a Black man (Adams) or a Black Latin American (Morales) after nearly three decades of a heterosexual white man running City Hall and no Latino or woman or openly gay person ever elected mayor? How will the new ranked-choice voting system for primaries (and special elections) play out?

As the Democratic field currently stands, and perhaps even with additions, Johnson and Stringer will likely compete for the most progressive parts of the Democratic Party, with other candidates also trying to make headway.

Johnson, the first openly gay and openly HIV-positive City Council Speaker (and only open HIV-positive elected official in the state), has focused heavily on the social safety net in his time as speaker, promoting populist policies to lift up the city’s most vulnerable.

Stringer, as the city’s top fiscal officer, has acted as a foil to the mayor’s spendthrift policies, released a long list of policy proposals, and shrewdly cultivated allies in labor and among insurgent Democrats at the state and local levels.

Adams, a former NYPD captain, tends to appeal to the more moderate viewpoints among Democrats. The borough president has tried to walk the fine lines of promoting law and order with police reform and real estate development without displacement. He has already outlined his platform for instituting “real-time governance,” pledging to modernize how city government operates.

Morales is a proponent of strong social justice policies that said she will reduce the “inequality and inequities” that have been exacerbated in the last few months and which “I've been talking about forever.” She pointed out that her campaign has been built on the very issues that have inspired the recent mass protests.  Morales hopes that the electorate will have its eyes open to the failures of the city’s political leadership.

Sutton skews more centrist and promises “seasoned leadership,” which she says has been sorely lacking during the current crises (and those preceding them) and that she can bring after a career in the Army then her time in city government. She admits she has a big hill to climb to raise her profile and build her campaign coffers. And she also attempts to differentiate herself from de Blasio, her former boss. She would also welcome the unenviable challenge of running the city during this pandemic, a task that would test even the most effective leaders.

Donovan’s resume lends him a credible campaign platform, particularly during the recovery from the pandemic since he was intimately involved in the federal response to the Great Recession and the recovery effort from Hurricane Sandy.

Most observers agree that the election will inevitably be tinged with resentment of de Blasio, an increasingly unpopular mayor who, despite his progressive accomplishments, has only cemented his status as a lame-duck in his struggles to respond to COVID-19 and the mass protests against police brutality and racism.

Over the next year, who emerges on top will depend in part on which of the largely unknown candidates can garner the necessary name recognition as well as the fundraising to get their message across to New Yorkers.

Co-host of The Election show on MNN, Dr. Christina Greer said the next few months will be crucial as the city heads through summer, a season that is usually accompanied by an uptick in crime (a trend that has already begun). Rampant unemployment and a prolonged recession could only exacerbate that, she noted, and could determine the type of candidates and campaigns that gain traction. Then there’s the presidential election in November, which will likely have its own impact on local races.  “Will we see someone who is very progressive, say a ‘defund the police’-type candidate? Let's just say there's an uptick in crime in the next few months, will we see someone who is a little more centrist in their thinking? Will we see someone who wants to be a little more of the Bloomberg model, which is fully economic, trying to get the city back on track financially, or will we see someone who is more of a social justice candidate who's trying to bring all these things together in a more holistic way?”  Greer also noted, if moderates come together behind one candidate and progressives go for another, a more consensus second-choice candidate could end up claiming victory.

A key known wild card in the election will be ranked-choice voting, which will be implemented for the first time next year. The system allows voters to cast votes in order of preference and a candidate must cross a certain threshold of first-preference votes to win. It’s hard to predict the effect it will have in a crowded field as New Yorkers vote their values.

Reprinted with permission from Gotham Gazette. 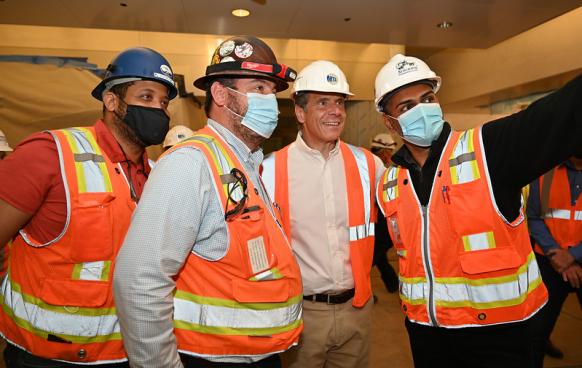 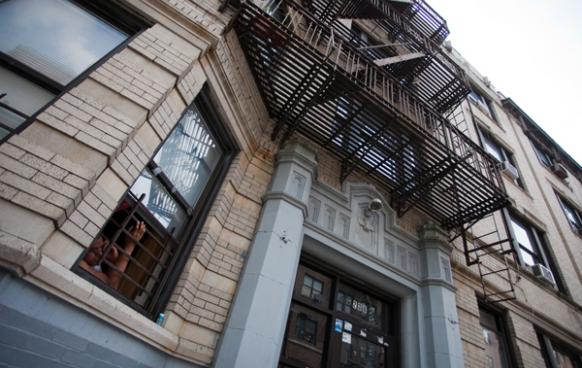 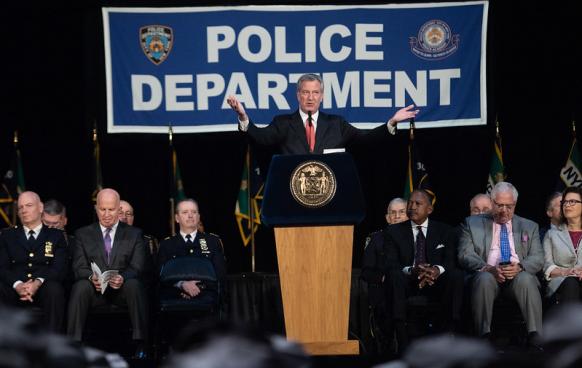