"On a sunny, cloudless Tuesday morning nineteen years ago, New York, the nation and the world were changed forever. We will never forget the nearly three thousand lives lost during the September 11th terrorist attacks."  Gov. Andrew Cuomo spoke this morning at the 9/11 ceremony,  "We will never forget that a day marked by unfathomable loss was met with equal courage. Selfless heroes ran into hell without hesitation, and led tens of thousands to safety. Our brave first responders have our enduring respect and gratitude. The pain and suffering continue for too many, who, in the aftermath of these attacks still battle 9/11-related illnesses. We stand with these heroes and in the fight to ensure they receive every bit of the funding and care they need and deserve. In the midst of the COVID crisis, today is an especially poignant moment to commemorate and reflect on bravery and selflessness. Once again, our country is facing an unprecedented challenge. And once again, New Yorkers are responding with the same loving, caring and united spirit that has always defined us in our best days and our darkest days alike."

8:46 a.m. Hijackers crash American Airlines Flight 11 into the north tower. The 76 passengers and 11 crew members and hundreds inside the building are instantly killed.

9:03 a.m. Hijackers crash United Airlines Flight 175 into the south tower, killing 51 passengers, 9 crew members and an unknown number of people inside the building.

9:59 a.m. The south tower collapses in 10 seconds after burning for almost an hour. More than 800 civilians and first responders are killed.

Events today will be held at the new One World Trade Center in downtown Manhattan, and it is the tallest building in the Western hemisphere at 1,776 feet. The single skyscraper replaces the iconic Twin Towers, destroyed on September 11, 2001 -- marking the first ever attack on US soil.

Flags are flying half-staff across the tri-state area today, because even though it's been almost 20 years, New York City feels the effects of the devastating terror attack, and each year we continue to remember in our own way.

The governors of New Jersey and Connecticut are attending the national remembrance ceremony at ground zero, with Vice President Mike Pence and his wife. Democratic presidential challenger Joe Biden is also at the New York City commemoration, along with Gov. Andrew Cuomo and Mayor Bill de Blasio.

Friday will mark Trump's second time observing the 9/11 anniversary at the Flight 93 memorial, and not in NYC.  Biden spoke at the memorial’s dedication in 2011, when he was vice president. He will visit PA again today.  Though the candidates will be focused on the commemorations, the political significance of their focus on Shanksville is hard to ignore: Pennsylvania is a must-win state for both. Trump won it by less than a percentage point in 2016.

The New York memorial is changing one of its ceremony's central traditions: having relatives read the names of the dead, often adding poignant tributes.

Thousands of family members are still invited. But they'll hear a recording of the names from speakers spread around the vast plaza, a plan that memorial leaders felt would avoid close contact at a stage but still allow families to remember their loved ones at the place where they died.

Gov. Coumo had this to say, "This year it is especially important that we all appreciate and commemorate 9/11, the lives lost, and the heroism displayed as New Yorkers are once again called upon to face a common enemy. I understand the Museum's concern for health and safety, and appreciate their reconsideration. The state will provide health personnel to supervise to make sure the event is held safely while at the same time properly honoring 9/11. We will never forget. New York will build back stronger, and we will never cease to be the globe's beacon of freedom, opportunity, and democracy."

9:59 a.m. – Moment of silence (observance of time of the fall of the South Tower)

A scheduled flyover on the Hudson River near the Verazzano Bridge at 3:30 p.m.

Tribute in Light: Look up and you’ll see the 9/11 Memorial’s striking lights that reach 4 miles into the sky from dusk to dawn on the night of Sept. 11. The twin beams mirror the shape and orientation of the Twin Towers.  It can also be seen from a 60-mile radius around lower Manhattan.

At 8PM ET, ABC will re-air “9/11 Remembered: The Day We Came Together,” a special filmed at the 2014 opening of the 9/11 Memorial Museum. Former President Barack Obama and then-Mayor Michael Bloomberg joins survivors, family members and first-responders. Performances include a children’s choir singing “Somewhere.”

Also watch for two back-to-back documentaries on the History channel beginning at 8PM ET with “9/11: The Final Minutes of Fight 93” followed by “9/11: The Pentagon" at 9PM ET.

The National 9/11 Memorial was dedicated on September 11, 2011 on the 10th anniversary of the 9/11 attacks in a ceremony for victims' families. The following day, it opened to the public on September 12, 2011 and remains open for visitors with advance passes.

The memorial features the country's largest man-made waterfalls dramatically cascading into two sunken pools. These pools mark the footprints of the Twin Towers. The names of 2,980 victims have been etched in granite around the edges of the memorial. The effect seeks to create closure for families belonging to the nearly 40 percent of victims whose bodies were completely obliterated by explosions during the attacks.

Opened in the spring of 2014, an admission price of $24 is required to visit The 9/11 Memorial Museum which houses artifacts from 9/11 events including personal items from survivors as well as the deceased donated by their families. In addition, there is an extensive audio collection of personal histories from emergency service workers, survivor's families, as well as ordinary New Yorkers who witnessed the events of the day.

Getting to the World Trade Center 9/11 Memorial 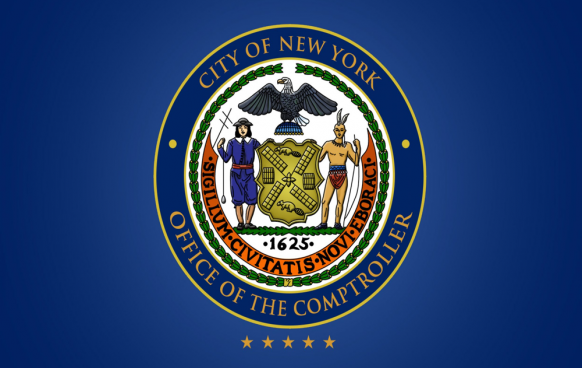 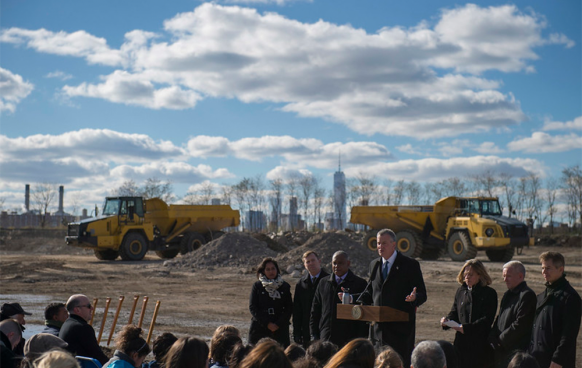 While new affordable housing kept pace with previous years and overall housing production picked up in the latter half of 2020, building permits remain relatively low in the first several months of this year, portending an uncertain future for the city's housing stock. 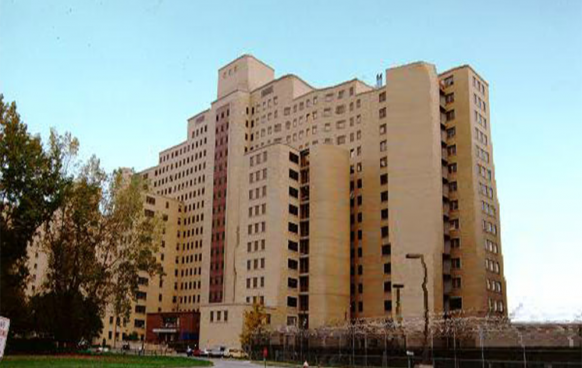 During Pandemic Peak, Psychiatric Patients Were Rushed Into Institutions

Under state guidance, people with mental health needs from public and private hospitals and the New York City Department of Correction were offloaded to OMH institutions. A quarter of the 366 admissions came from New York City Health + Hospitals, the city's public hospital system.